Safely Serving Our Clients: We are open & available to assist existing & potential clients with their legal matters in person or via phone/video conference.

Would you like to switch to the accessible version of this site?

Don't need the accessible version of this site?

Answers from a skilled bethesda attorney

[ln::firm_name] believes that clients must be empowered to make informed choices. Ms. Talbott spends a great deal of time educating clients about the law and how it applies to their specific circumstances. Here are just a few of the pressing issues that accompany the division of marital property in a Maryland divorce.

To discuss your concerns over property division during a Maryland divorce, call 301-637-8527 or contact the firm online.

Is Maryland a community property state or an equitable distribution state?

Maryland is an equitable distribution state, meaning that all assets held by one or both spouses get divided into separate and marital categories depending on when and how they were acquired. Separate property is retained by the separate owner, but marital property is divided, not necessarily evenly, but in a manner the court considers fair.

What is marital property and what is separate property?

Maryland defines marital property as "all property acquired during the marriage which is not directly traceable to a non-marital source." Separate property is anything acquired before the marriage or after a legal separation, or by means, such as an inheritance, which clearly mark it as separate.

What factors does the court consider in arriving at an equitable distribution?

The court considers a variety of factors, including the length of the marriage; the relative contributions, both monetary and non-monetary, to the family and acquisition of property; the cause of the breakup of the marriage; and whether one party's actions have caused a dissolution or devaluing of assets. The court can consider any factor it views as reasonably relevant to the proceedings.

How is a retirement account divided in a Maryland divorce?

Retirement accounts can be complex because they can predate the marriage and often mature after the dissolution of the marriage. They can also present serious tax consequences if they are divided before retirement. The law provides means, such as a qualified domestic relief order, by which retirement accounts can be divided between spouses without incurring penalties.

I’m going through a divorce and leaving my job. Does my ex get a share of my severance?

I inherited some money when a relative died. Can my ex claim a portion of that?

Generally speaking, an inheritance is considered separate property even if it is received during the marriage.

Who gets to keep our primary residence?

If there are minor children in the marriage, the court attempts to limit the disruption to their lives. In regard to the family home, the court generally sides with the custodial parent so that the children may continue to live in familiar surroundings. If there are no minor children, the house will be treated as any other asset.

Thank you. Your submission has been sent. 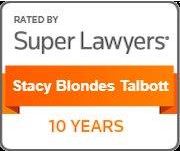 Attorney Advertising. This website is designed for general information only. The information presented at this site should not be construed to be formal legal advice nor the formation of a lawyer/client relationship. [ Site Map ]

See our profiles at Lawyers.com and Martindale.com